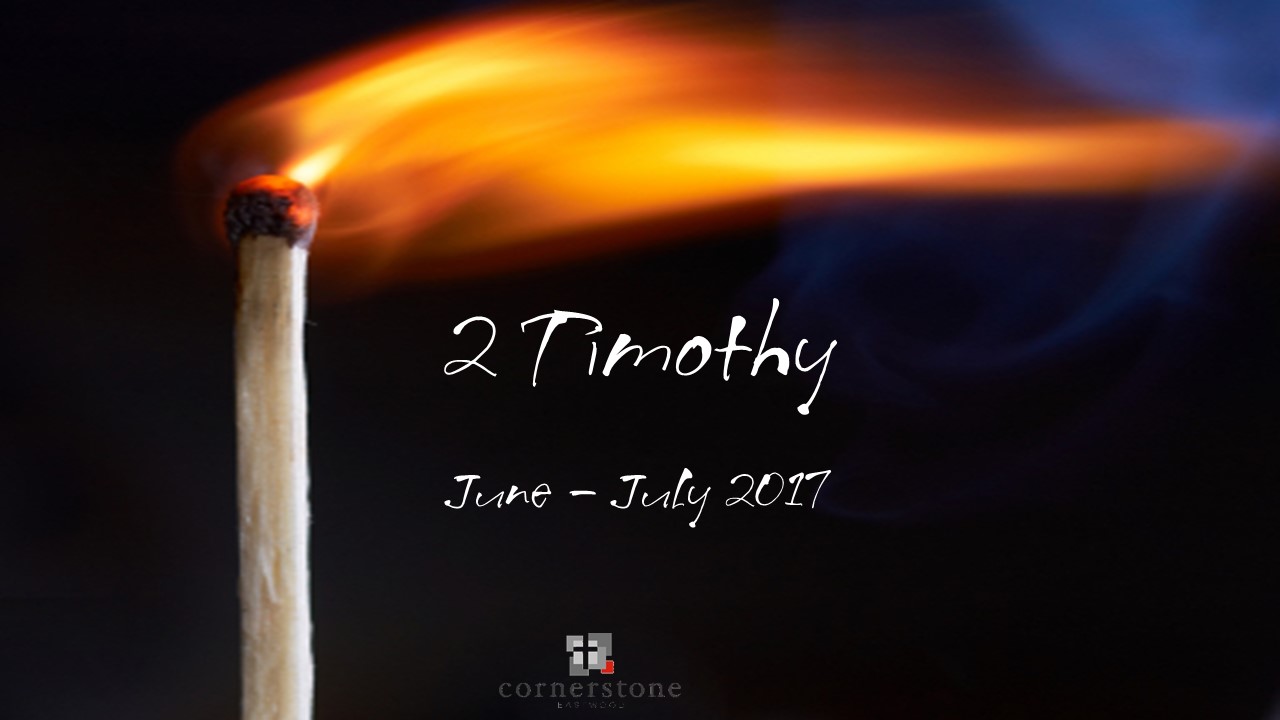 Today we live in a time where the gospel is under unrelenting attack from a culture hell bent on demolishing the foundation upon which western civilization was built. Churches in many places have capitulated, some accommodating the cultural wind and abandoned the pattern of teaching handed down to us in the NT, while others have lost heart. The future prospect of the church does not look good according to many. 2 Timothy is written precisely for such a context; it speaks powerfully and relevantly to us today. In this letter, Paul, the aged apostle is sitting in a dismal underground Roman dungeon, awaiting execution. He knows his time on earth is quickly coming to an end. His gospel ministry is effectively over, ‘I have fought a good fight, I have finished the race.’ While he is bound in chains, the church he so deeply loves is in great danger. From within false teachers are gaining popularity and heresies have taken root. Many have deserted the faith. From without, persecution is increasing its reach and brutality. In such dire situation, Paul now entrusts Timothy with the task of continuing the work he has begun. Timothy is young and of a less robust temperament than the great apostle. Upon Timothy’s fragile shoulders now falls the great responsibility of continuing the good fight and of taking the baton from Paul in the race. The gospel and the church are at stake. This letter represents Paul’s last will and testament; it is the most moving and poignant of all Paul’s writings. In it, Christians today find clear answers to the questions being thrown at us by a hostile culture.